Anders and Marleen started playing music in 2010. Their first album, "Death and vanilla", was considered one of the most amazing european releases in 2012. Now, they're working on their second record that probably will be released this year. We contacted them in January and they were very pleasant to talk to.

They are from Malmö. They are the wonderful Death and Vanilla.

- There’s something of TV fictional series and B movies in your music. And kraut of course. What sounds impressed you when were children? I’m talking about folklore, TV spots, radio advertising, sounds of home, etc.

Anders: When I grew up my sister was playing a bit of piano and flute in school but there wasn't any real interest in music in my family. I remember my parents listening to stuff like Frank Sinatra, Glen Miller Orchestra and Luis Armstrong. I started playing drums at 13 but a year later switched to electric guitar and formed bands with my freinds, playing mostly punk or noisy rock.

Marleen: I was always drawn to playing music since childhood and I've been playing different instruments since then. But never professional or so. My mum has always been encouraging and I got my own piano at 9 years old, which was a really big thing to me. But I have not really had any musical surrounding either, none of the rest of my family play music, except for my grandmother who sings beautifully. I discovered the Beatles at the age of 8 when looking through my parents small record-collection and that's probably when my interest for music and songs started. As for the cinematic kind of soundscape, that was something I discovered later on.

-Sometimes landscape, climate, habits, things like these are important to inspire musicians. Would you say these things had some influence in your music?

Of course the your surroundings influence you and how you think and act. We live right in the centre of Malmö and love the constant flow of people and that there's always something's going on. Then just a 10 minute walk there's a big beautiful park where peacocks are walking around freely which is such a hugh contrast to the city pulse, and we love the feeling of nature and beauty.

-I’ve been in Amsterdam, Paris, Brussels, but never in Malmö, neither Sweden. Would you please describe your city? These kind of things that make it different from other cities.
Malmö is located in the very south of Sweden and is the third largest city. It's a very multi-cultural city with lots of people from all over the world. It is not the most typically Swedish town, and has a more continental feel to it. It has the feel of a big city but is small enough so you can walk to most places. It's a quite good place to live and there's lots of things going on all the time. The climate is also a bit milder than the rest of the country. Many people like to compare Malmö to Berlin and there are definitely some similarites. Both are very green cities with many nice parks. It's also a non-expensive city to live in compared to Stockholm, which probably contributes to the cultural life too.

People who are growing up in Malmö often talk about the continual feel of it. Fact is that Malmö is so much geographicaly closer to Denmark and Germany then to Stockholm, that people in Malmö often look south, towards the european continent, instead of north. You just might feel more as a part of Europe then as a part of the rest of Sweden. For us that is very much true when it comes to our music, we don't feel that we have much in common with music from Sweden in general, but have always felt that we are part of a smaller but international scene.

-I find two lines in your style: one’s melodic and catchy, as your first track “Between circles” and many song of D&V album. And another is darker, as in D&V ep. Is it right?

Well there's definitly a "pop" side to our sound and also a more experimental side and we like the combination of weird old sounds and sweet melodies. We're not purposely trying to sound dark though. However In many cases you find the interesting parts in the space between, in the parts were the melodic side of our music, and the darker sounds meet.

-What would you say is the most important thing in your music? Is there something you try to give to people?

We really are all about melodies, but we love to work with sounds, so we're after the perfect mix of the two. There is no storytelling or message in the lyrics, we choose themes that we feel strongly about and use them in our lyrics. It's a kind of small collages that we put together to fit in with the atmospheres of the songs, and the sound of the vocals is as important as the words to us. It is just all about a general feel. We are influenced by other art forms than music and film is one particular. We'd be happy if we would be able to translate some cinematic feel into our music, but at the same time, we are just want to recording some really great songs.

-You’d played in other countries. What were your first impressions with other people, other behaviors?

As far as playing outside of Sweden the only other country we've played in is France. It was an amazing experience and we'd just love to go there again. It was the first visit in France for some of us in the band (we toured with a full-size band) and it is a most welcoming country with warm and kind people. We were there only for three days, but Marleen would almost considering moving there, haha. So yeah, it was just great, we felt a good connection with the culture.

-Is music a job for you?
No unfortunately not. Marleen works in an office and Anders is currently unemployed.

-What is the next step for Death and Vanilla?

We're about to release a new single on UK-label The Great Pop Supplement that will be out in late January/early February! It feature two new tracks: “From Above “and “Lux” and we’re very happy about it. It will be released as a square shaped red vinyl 7” with insert and stickers. 400 copies for the world so don’t miss it!
Last year we did a soundtrack for the silent film “Vampyr” from 1932 which we performed live to the screening of the film at a film festival in Lund, Sweden. The performance was recorded and will hopefully be released this spring. It’s 72 minutes of Death And Vanilla-music not heard elsewhere before.
We’ve also started working on our second album and we’re very excited about what we’ve done so far. It’s hard to say when it will be finished but hopefully during this year.
Vampyr - Carl Theodor Dreyer, trailer, 1932 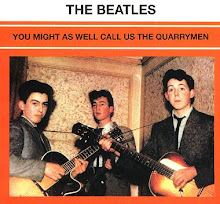